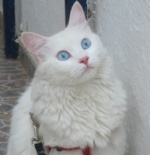 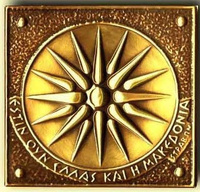 Feline leishmaniasis: what's the epidemiological role of the cat?
Mancianti F.
Source
Dipartimento di Patologia Animale, Profilassi ed Igiene degli Alimenti, Università di Pisa.
Feline leishmaniasis (FL) is a quite uncommon feature. Clinical disease has been described in cats since nineties begin. More than 40 reports in world literature have been referred, but the clinical cases have been only recently well defined. Most of the reports focus on infected cats living in endemic areas, even if, more recently FL due to Leishmania infantum was found in Sao Paulo State, in Brazil where autochthonous human or canine leishmaniasis cases have never reported. In Europe clinical cases of FL have been described from Portugal, France, Spain and Italy from 1996 to 2002. When a typing of the etiological agent was performed L. infantum was identified in all reported cases. In some endemic areas serological surveys have also been carried out in cats, using IHAT in Egypt, Western blot in France or IFAT in Italy. Sixty Egyptian cats had low serological antibody titers, from 1/32 to 1/128, in the endemic focus of canine leishmaniasis of Alpes Maritimes 12 out of 97 (12.5%) cats showed antibodies versus antigens 14 and/or 18 kDa of L. infantum. A previous survey by means of IFAT in Liguria and Toscana on 110 and 158 feline sera respectively reports a seroprevalence of 0.9% with low titer, while sera from Sicily seem to be positive at higher dilutions. Animals living in an endemic area can develop specific antibodies against leishmania and, in our experience, they can be evidentiated by means of IFAT. The antibody titers appear to be lower in affected cats than in dogs, even if the number of clinical cases is very scanty. PCR tests on feline blood samples are in progress, but preliminary results confirm the presence of leishmania DNA in such specimens. Cutaneous leishmaniasis is the more frequent form in cats and it was reported from several countries. Typical signs include nodular to ulcer or crusty lesions on the nose, lips, ears, eyelids, alopecia: clinical signs of cutaneous FL are unspecific and in endemic area this infection must be taken into account. Visceral leishmaniasis is not common in cats: this form shows visceral involvement: liver and spleen are interested, with lymph nodes and kidney. The cat probably has to considerate to play an active role in the disease, in contrast to goats, calves and horses who could act as accidental reservoirs of leishmania, while sheep appears to be not susceptible to experimental infection. In endemic foci for kala-azar in Sudan cows, goats and donkeys had a high prevalence of specific antibodies. Recently in Europe sporadic cases of equine leishmaniasis have been reported: L. infantum was the causative agent. Equine leishmaniasis appears as a self-healing skin-dwelling disease, with a massive accumulation of parasites. The animals do not often show detectable specific antibodies and recover without any chemotherapy. Untreated affected cats can frequently die and we also observed lymph nodes and blood involvement indicating a spread of leishmania in feline hosts. The epidemiological role of the cat has never been clarified due also to lack of xenodiagnosis trials. This species is believed to have a high degree of natural resistance, as observed following experimental infection. Some of the affected cats were FIV and/or FeLV positive and these viroses such as stress may induce an impaired cellular immune response, even if leishmania infected cat was not submitted to CD4+, CD8+ lymphocyte counts nor other immunological test. However the resistance of the cat to leishmania infection probably depends on genetic factors, not strictly related to cell mediated immunity, taking into account the high seroprevalence of FIV infections (30%) in our country versus the number of clinical cases.